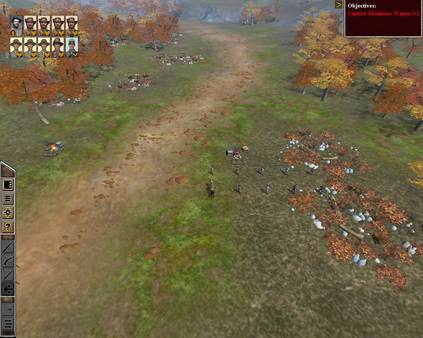 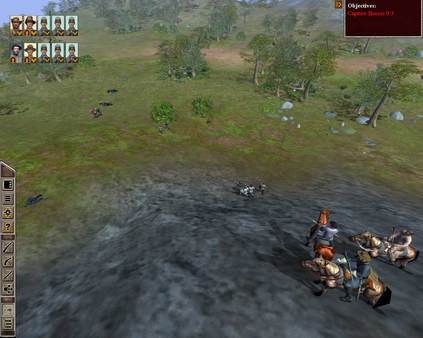 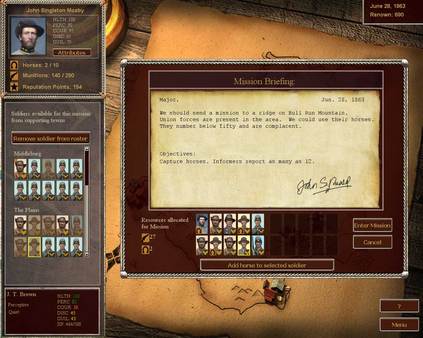 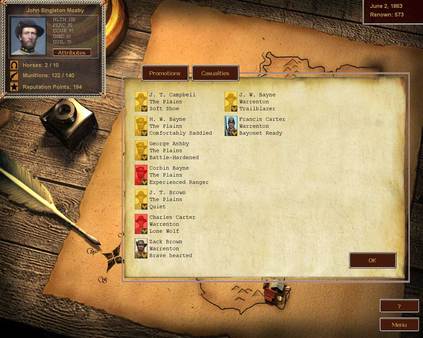 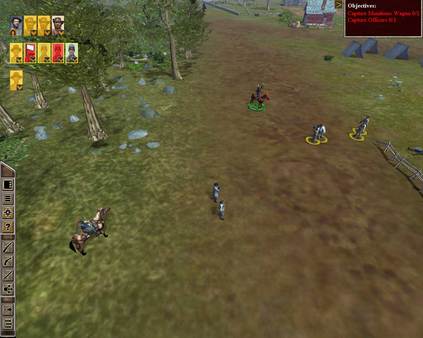 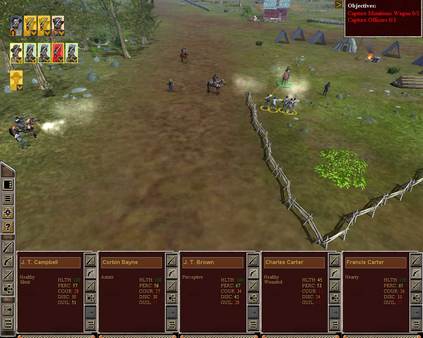 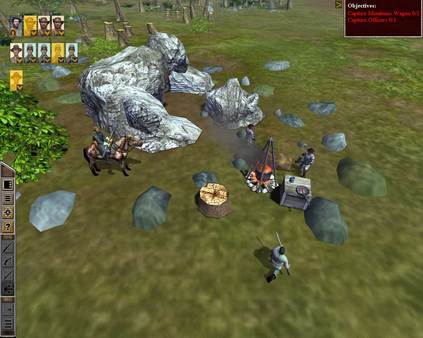 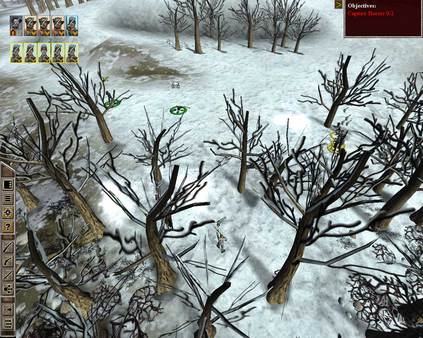 As John Singleton Mosby, one of the Civil War's most interesting and dynamic leaders, you are charged, not with leading vast armies into battle, but with commanding small bands of skirmishers, scouts, and guerilla fighters on opportunistic missions to scout, ambush, steal supplies, and harass a larger and better-armed force of Union soldiers, in this game of turn-based strategy and real-time tactical combat for the PC.

Missions and their objectives are randomized, so you'll need to approach each game differently, carefully planning your strategy for success. You draw your soldiers from local towns, then, through hard-won battlefield experience, transform them into fighting men — scouts, cavalry, rangers, and riflemen. Between battles you'll invest in local towns, so they can serve as field hospitals, stables and munitions caches, helping to keep your forces fit and able to fight, and so that they remain confident and supportive of your ongoing efforts and willingly supply men to fight for your cause - and as the war rages on this becomes increasingly challenging.

Throughout the campaign your progress is tracked, with a full report of your accomplishments provided at its completion. Can you build a name for yourself, just like Mosby?

Randomized units that gain specializations over time with experience